The City Government of Makati has implemented several initiatives over the years to simplify the delivery of local government services to its constituencies, such as the Makati Health Plus Program, which provides enhanced access to health services in city-run medical facilities, and the Blu Card Program, which caters to the over 85,000 senior citizens living in the city. Given the number of programs that the LGU operates besides other civic services such as business registrations and tax payments, the city government faced the problem of overstretching itself to coordinate such programs at a consistent level of efficiency and effectiveness.

The Makati City Government partnered with Converge ICT Solutions and Voyager Innovations under a public-private-partnership (PPP) program to develop the Makatizen App, which Mayor Abigail Binay hailed as a step in the city’s digital transformation towards being recognized globally as a smart city. On June 1, 2017, the app was launched in conjunction with the Makatizen Card, a physical ID card for Makati citizens which integrated with the app in various ways.

The application’s target users consisted of five different groups, with functionality and features of the app varying depending on the group type. These consisted of residents, employees working in the area, entrepreneurs and investors in the city, students in schools operating in Makati, and city visitors.

Initially available to phones operating on the Android operating system and made available on iOS in March 2019, the app sought to streamline citizen engagement with LGU programs through a centralized platform that is accessible free of any data charges, thanks to the initiative’s private sector implementing partners. The Makatizen App carries the following features:

In 2020, the city government expanded the app with the following features responding to the COVID-19 pandemic as part of the continuous innovation during the new normal:

According to Makati City City Spokesman Atty. Michael Camiña, the use of the Makatizen App increased greatly during the pandemic, due to the inclusion of financial aid services accessible through the app and the accompanying Makatizen Card. According to data from the local government unit, up to 360,000 people, in a city with a population of about 582,600, have received their financial aid without needing face-to-face verification or contact. Furthermore, the addition of a dedicated COVID-19 section for the SOS function is being utilized by the constituents, reducing the burden on healthcare workers, and enabling quicker response time for possible health risks. 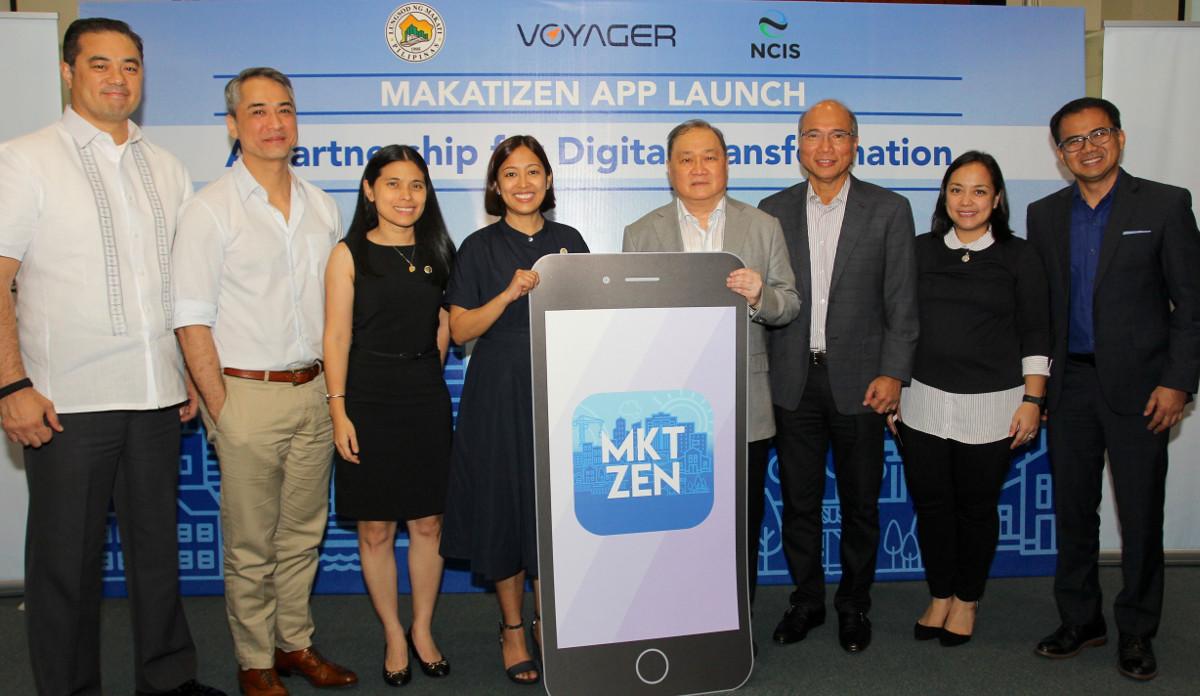 Launch of the Makatizen App during the 347th founding anniversary of Makati on June 1, 2017.

Sta. Ana, J. (2020, May 14). How can Makatizens apply for the PHP 5K financial assistance. YugaTech. https://www.yugatech.com/guides/how-can-makatizens-apply-for-the-php-5k-financial-assistance/#sthash.73LluYDx.ALyy0baJ.dpbs